We are a small school for 4-18 year olds. We also have a Nursery, providing places for 2-3 year olds.

Our mission is to transform the lives of all of our pupils by providing them with the skills, attitudes and academic qualifications to flourish in any career and live happy and fulfilled lives.

Our intended outcomes for our pupils aged 18 are that: 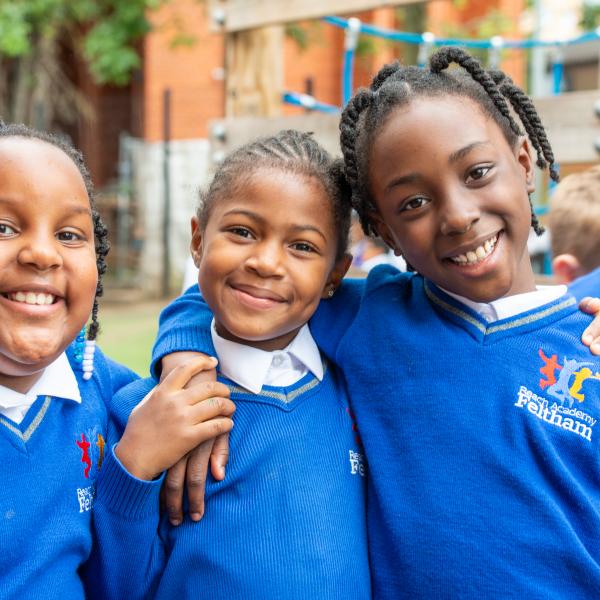 Reach Academy Feltham (RAF) is a mixed, non-selective, non-denominational all-through academy for 4 to 18 year olds. We opened in September 2012 with our first cohort of Year 7 pupils and Reception pupils, and we opened a Nursery in Autumn 2015. New Nursery, Reception and Year 7 pupils will join us each year with the school reaching its full complement of pupils this September.

As an ‘all through school’, RAF will take pupils from the age of two right through to eighteen. This structure enables pupils to feel part of Reach Academy Feltham all the way through their school career. It enables us to nurture pupils’ strengths and help them overcome weaknesses consistently, from an early age, and to avoid the difficulties pupils sometimes encounter in moving from a small and familiar primary school to a larger secondary where they can face the difficulties of getting to know new friends. We opened our sixth form in 2017 when our first Year 7 pupils reached Year 12 so that they have the opportunity to complete their school career with us right through to University entrance.

We want to maintain a nurturing environment where every pupil feels part of a community even as the school reaches its capacity. Our innovative structure creates “small schools” within the Academy to replicate the feel of a smaller school within the larger academy community. This and the Academy’s ‘all-through’ structure help to overcome the issues often associated with a child’s transition from primary to secondary school.

Academies are state-funded, independently governed schools for local children. Reach Academy Feltham was founded by a group of teachers who believe that all children are capable of great success. Having taught in inner-city schools, all of the staff who were founders of Reach Academy Feltham in 2012 have a strong academic background as well as the desire and ability to ensure that every single pupil at Reach Academy can achieve their dreams. Since 2012 we have recruited and trained the best and most passionate teachers from across the country, and will continue to do so as our staff body grows each year.

We are part of the Reach Foundation. Find out more here.